The WHO European Region is wonderfully diverse, stretching from Western Europe to beyond the continent’s boundaries in the East. In the months that we have been affected by the COVID-19 pandemic, many health advocates, including myself, have been imagining a future new Europe, building back better, where the right to health is prioritised for all populations, wherever they are. This paper lays out a very personal vision of what I consider to be some of the main challenges in achieving this in relation to alcohol and it also shares some of my optimism for the future. 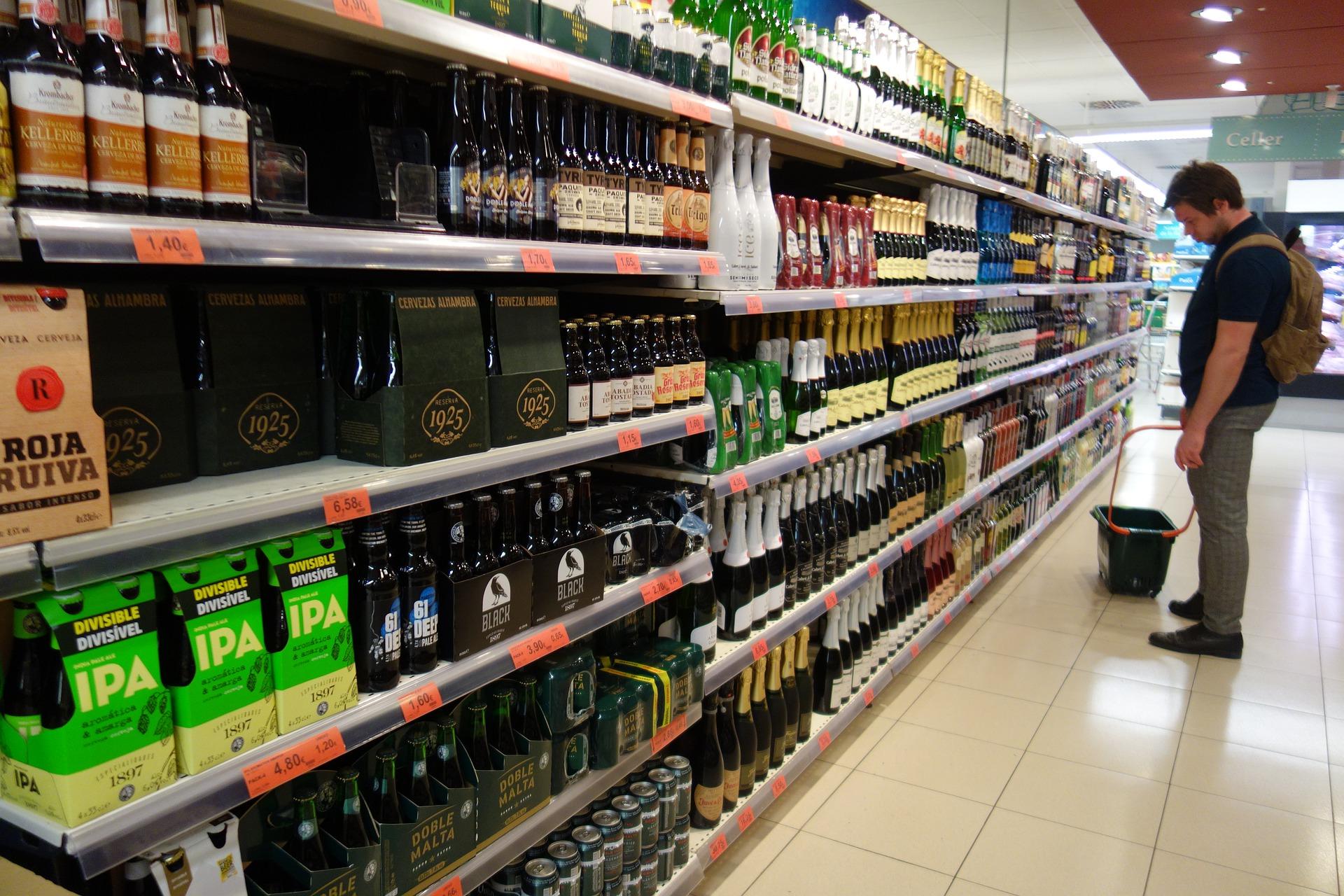 One in every 10 deaths in the Region each year is caused by alcohol, amounting to almost one million deaths in total.

First of all, the problems that we have are immense. Globally, the WHO European Region has the highest level of alcohol per capita consumption and the highest proportion of drinkers. One in every 10 deaths in the Region each year is caused by alcohol, amounting to almost one million deaths in total. Many of these deaths occur at a very young age, accounting for example for a quarter of all deaths of people in their early twenties and almost a third of all adults in their early thirties (WHO, 2020). In 2017, the European average for alcohol consumption for adults (aged 15 years or more) was 9.8 litres of pure alcohol per capita (WHO, 2020), although patterns of consumption vary massively across the region and within countries. A WHO report (WHO, 2019) demonstrated that between 2010 and 2016, the 28 EU countries as well as Norway and Switzerland observed a reduction in alcohol consumption of only 1.5%, with consumption increasing in several places.

Health harms, especially for the poor, are massive. Alcohol consumption has a direct impact on maternal and child health, infectious diseases (including HIV, viral hepatitis and tuberculosis), non-communicable diseases (NCDs) (including at least seven types of cancer, stroke, heart and liver disease, brain damage and damage to the nervous system), as well as mental health and road injuries. While risks of harm increase the more people drink, there is no risk-free level of alcohol consumption. Evidence also consistently shows that, just as COVID-19 has highlighted and exacerbated health inequalities if you are poor or marginalised, you are more likely to become ill or die if you drink alcohol (WHO, 2021a).

The inclusion of a specific SDG target on harmful use of alcohol reinforces the urgent necessity of reducing alcohol consumption and harm within the global development agenda.

Alcohol consumption also affects the development of functioning and equitable societies, adversely impacting on as many as 14 of the 17 United Nations’ Sustainable Development Goals (SDGs), causing huge economic, social and environmental harms. The inclusion of a specific SDG target on harmful use of alcohol (SDG 3.5: strengthen the prevention and treatment of substance abuse, including narcotic drug abuse and harmful use of alcohol) reinforces the urgent necessity of reducing alcohol consumption and harm within the global development agenda (WHO, 2021b). In 2015, United Nations Member States set an ambitious target of “at least a 10% relative reduction in the harmful use of alcohol, as appropriate, within the national context”. Between 2010 and 2016, alcohol consumption across the WHO European Region reduced by 12.5%. However, these improvements were mainly determined by decreasing levels of drinking in the eastern countries of the Region (WHO, 2021a).

Public health bodies have strong opposition from powerful networks of economic operators who prioritise profits over health. Many in the alcohol industry oppose having increased regulation, emphasising instead that harms will be reduced if (implicitly morally reprehensible) individuals would choose to “drink responsibly”.

Best buy policies will bring benefits for the health of the WHO European Region’s population and for its future development.

However, there is a mountain of evidence, gathered over many years, that “Best buy” policies will bring benefits for the health of the WHO European Region’s population and for its future development (WHO, 2021a). These include actions designed to change our environments, making alcohol no longer ever-present everywhere – and increasingly we need to think also about the digital sphere in relation to this. “Best buy” policies prevent and reduce harms by making alcohol less affordable and less accessible in marketing and advertising and physically for purchase. This in turn leads to reduced alcohol consumption and harm.

Actions of political leaders in countries such as Lithuania, Scotland and the Russian Federation are providing evidence that “Best buy” policies are effective: In Lithuania, this led to a 20% reduction in lives lost due to alcohol between 2010 and 2016 (WHO, 2021a). The Russian Federation experienced a 43% decrease in per capita alcohol consumption over a 15-year period (WHO, 2021a). In my own country, Scotland, I had the huge privilege to be part of pan-European advocacy efforts which led to the implementation of the legal regulation of minimum unit pricing (MUP) per unit of alcohol sold. In doing so, we overcame sustained opposition by global alcohol producers, including legal battles at the national and EU levels. In the first year after MUP implementation, alcohol sales reduced to a 25-year low and deaths caused by alcohol dropped by 10% (National Records of Scotland, 2020). Unfortunately in 2020, the year of COVID-19, deaths shot up again, shockingly by 17% (National Records of Scotland, 2021).

There is no room for complacency in effective regulation of alcohol.

Among other lessons to be learned from this is that there is no room for complacency in effective regulation of alcohol. Also, importantly, governments must maintain access to alcohol treatment services in order to save lives, even when there are other life-threatening pressures on public finances, such as those that COVID-19 has presented.

Alcohol harm and deaths due to alcohol consumption are preventable. I have already emphasised the importance of effective regulation to prevent and reduce harm due to alcohol. On a very personal level, my optimism for the future is boosted by my experience of working alongside recovery communities, including for a period as a Board member of Alcoholics Anonymous Great Britain. A recent Cochrane review (Kelly et al., 2020) provides evidence that Alcoholics Anonymous/Twelve Step Fellowship programmes save lives and also deliver substantial healthcare cost savings among people with alcohol use disorders, supporting long-term abstinence and broader recovery. I believe that in mapping the way forward at international, national and local levels, it is essential that we learn from and work alongside people with lived experience, who have been harmed by alcohol, including drinkers, people in recovery and their families and friends. In doing so, we can build back better, moving closer to a SAFER WHO European Region free from harm due to alcohol.

Eric Carlin works as a Public Health Expert, Alcohol Policies, with the World Health Organization Regional Office for Europe, combining this with teaching “Sociology of Health and Illness”, part of the Masters in Public Health programme at the University of Edinburgh. Following a career which included holding two Chief Executive positions with drug charities and membership of the Advisory Council on the Misuse of Drugs (ACMD), Eric undertook a PhD in Youth Studies (completed 2017) at Birkbeck, University of London, exploring youth transitions in contexts of disadvantage. From 2012-21, he was Director of SHAAP (Scottish Health Action on Alcohol Problems). Eric also holds a Masters in Public Service Management and an MA Hons in History and he is an Honorary Research Fellow of Glasgow Caledonian University.

WHO (2019). Status report on alcohol consumption, harm and policy responses in 30 European countries 2019.

WHO (2021b). Factsheet: Alcohol consumption and sustainable development.