Smoking is the single biggest health hazard and the most significant factor behind the differences in health among the population. 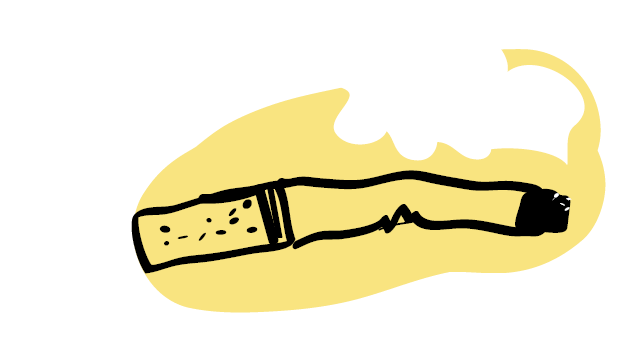 Tobacco is produced by drying tobacco plant leaves, which is mostly used in factory-made and self-rolled combustible cigarettes as well as in cigars, pipes and waterpipes. Smokeless tobacco products include snus and chewing tobacco. Read more about snus.

According to the calculations of the Finnish Institute for Health and Welfare, smoking caused costs amounting up to approximately EUR 1.5 billion for society in 2012.

Smoking has reduced significantly in Finland during the last 50 years. In 1960, almost 60 per cent of men and 10 per cent of women smoked. In 2018, only 14 per cent of 20–64-year-old Finns smoked daily. More information about the smoking rate can be found on THL’s website.

Nicotine addiction can be said to “run in the family”: parents’ smoking is known to double the risk of their children starting smoking, too.

Smoking is the most significant lifestyle factor that has an impact on mortality in Finland. It is estimated that smoking causes more than 4,300 deaths in Finland every year. On average, smoking shortens your life by ten years.

The most serious harmful health effects of smoking are associated with the increased incidence of cancers, pulmonary diseases and cardiovascular diseases, such as myocardial infarction (heart attack) and acute cerebral stroke.

A smoker has 25 times higher risk of lung cancer than a non-smoker. Up to half of smokers get chronic obstructive pulmonary disease (COPD) unless they quit smoking. In addition, smoking during pregnancy is harmful to the foetus.