An e-cigarette is an electronic device emitting vapour with many substances that have harmful health effects. 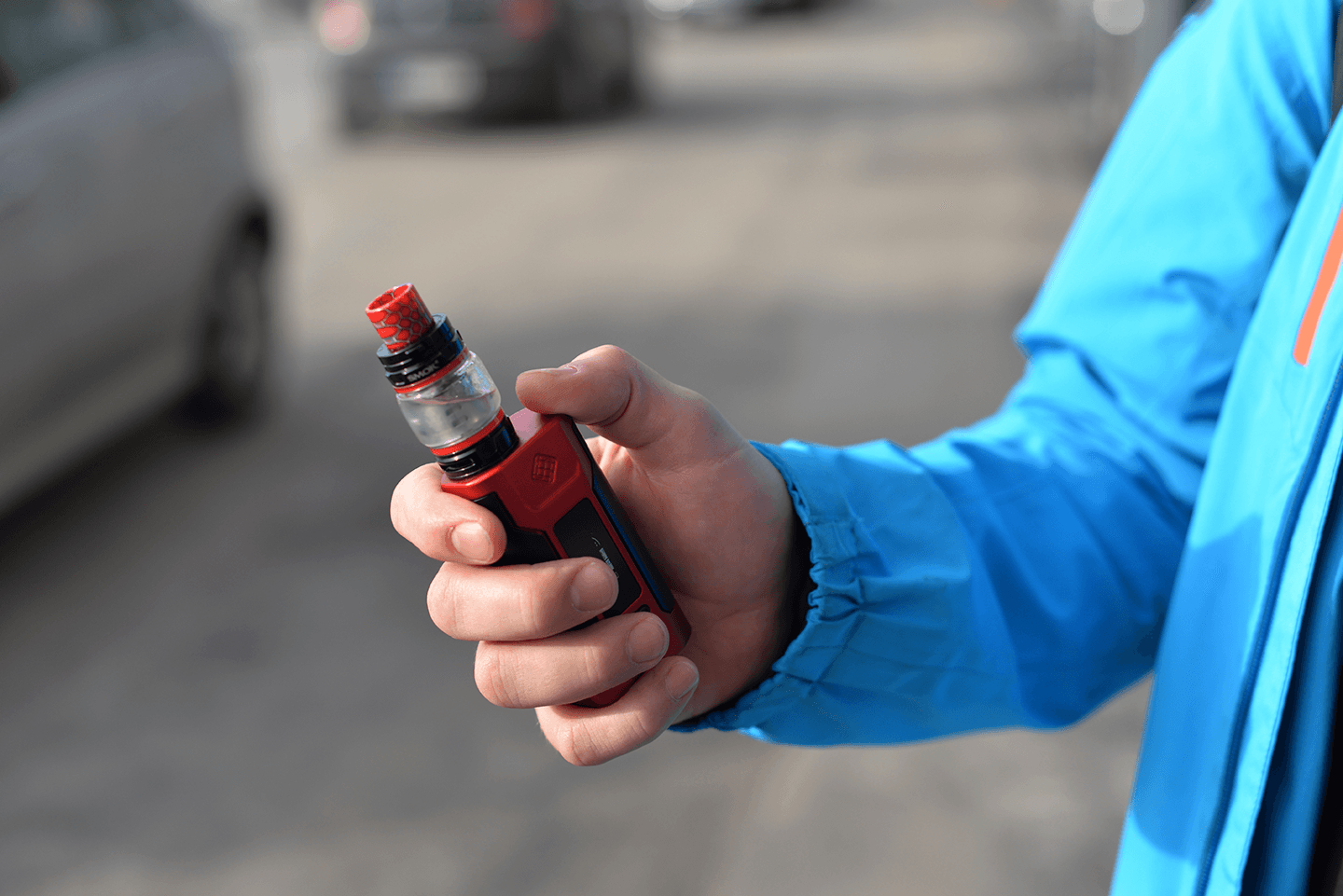 E-cigarettes are battery-powered devices that imitate regular cigarettes and that vapourise the liquid in their tanks.

Although e-cigarettes do not contain dried tobacco plant, they are regulated by the Tobacco Act. For instance, sales restrictions and smoking bans defined in the act also apply to e-cigarettes.

E-cigarettes may contain nicotine, which causes addiction, or be nicotine-free. Studies have shown that the nicotine content of different liquids vary a great deal. Nicotine has also been found in e-cigarette liquids labelled as nicotine-free.

The composition of the liquids used in e-cigarettes vary but in practice, all contain, in addition to water, propylene glycol and/or glycerol. When heated, glycerol generates acrolein that is also used as herbicide and is known to be one of the carcinogens in cigarette smoke.

A toxic substance called diethylene glycol, pharmaceutical substances and heavy metals have also been found in e-cigarette liquids. Furthermore, e-cigarettes contain carcinogenic nitrosamines that are characteristic of tobacco, but in lower concentrations than in cigarette smoke.

There are efforts made to make e-cigarettes appear as a harmless tool for quitting smoking, which is not true. Due to the nicotine content of e-cigarette liquids, it may be difficult for the user to break free from their nicotine addiction. Read more about e-cigarettes on THL’s website.