Cannabis is the most commonly used illegal drug in Finland. 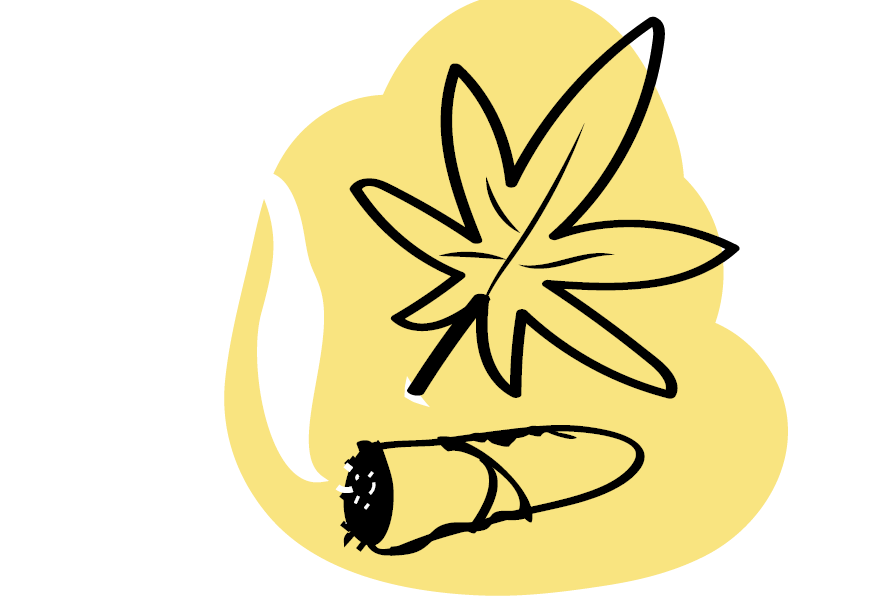 Hemp can be divided into drug hemp and industrial hemp strains. Drug hemp strains contain psychoactive tetrahydrocannabinol (THC) and are used both as intoxicants and for medical purposes. Drug hemp is generally called cannabis.

In Finland, cannabis is most commonly used by smoking marijuana, the dried flower buds of the cannabis plant. Marijuana can also be vaporised or cooked into food and eaten.In addition to marijuana, cannabis is also used in the form of hashish. Hashish is produced by separating THC-rich resin glands from the cannabis plant and pressing them into cakes or balls.   Read more about intoxicating substances.

According to the Drug Survey conducted by the Finnish Institute for Health and Welfare (THL) in 2018, approximately a quarter of 15‒69-year-old Finns have used cannabis at some point in their life. Nearly half of young adults said that they had used cannabis. According to the School Health Promotion study of 2019, one in ten 8th–9th graders said that they had tried cannabis at least once.

Cannabis is used for its mind-altering effects, which can include euphoria, relaxation, expansion of consciousness and increased feelings of togetherness. Watch the video: Your Brain on Drugs: Marijuana.

Especially frequent and long-term use of cannabis increases the risk of harmful effects. Cannabis use can cause memory impairment, introversion, depression and psychoses. In addition, cannabis may decrease sexual potency and fertility and increase the risk of certain cancers. Cannabis use during pregnancy can impair foetal development. Read more about the health effects of marijuana.

Educational institutions and workplaces play an important role in preventing the harmful effects of cannabis use. This preventive work can be done more efficiently with the help of substance abuse prevention policies that give clear guidelines for preventing and intervening in cannabis use.

If you have concerns or problems related to cannabis use, help is available through your local health centre, occupational health care, student health services or local substance abuse services. You can also self-monitor your cannabis use yourself. Learn more about the Safer Use Limits application. More help for treating addictions can be found at AddictionLink. Learn more about AddictionLink. You can also find support in online groups developed for the treatment of addictions.