Over one fifth of the European population, aged 15 years and above, are reporting heavy episodic drinking. Every day, about 800 people in Europe die from alcohol-attributable causes.

Alcohol is also implicated in a wide variety of social problems. Implementing cost-effective policies to reduce the burden of alcohol-related harm in the EU region is needed. The outgoing EU Health Commissioner Vytenis Andriukaitis, who is visiting Finland on Friday 11th of October for the NordAN international conference on substance abuse prevention, says there is a lot to be learnt  from the Nordic approach to alcohol policy.

“The Nordic countries’ comprehensive strategies to reduce alcohol-related harm are well known: their most important measures such as limiting financial and physical availability and banning or restricting advertising are confirmed by evidence and the WHO recommendations”, notes Andriukaitis.

Vytenis Andriukaitis finds many good examples in the Nordic and Baltic alcohol policies. “I would like to highlight the Finnish regulation addressing the rise of alcohol advertising on social media – it is one of the first examples in the field in Europe and globally”, he says.

Other good examples according to him can be found in the Baltic countries, particularly in Estonia and Lithuania, which have been taking considerable steps towards policies reducing alcohol-related harm and promoting public health. These include health warning messages, packaging rules for cheap alcohol, limiting advertising and sales, and addressing excise duties.

In Scotland there has been a decline in heavy drinking after the new legislation was applied.  “For example, minimum unit pricing of alcohol in Scotland seems to have an influence especially on those price-sensitive heavy drinkers that are most affected by cheap alcohol and the related harm, and represent the greatest societal costs – and we know by now that minimum unit pricing is working in Scotland. We need similar policies in other Member States as well.”

In European countries, acute and chronic harm from alcohol and drug consumption often falls more heavily on certain population groups, particularly those with a lower socioeconomic status.“I do think that developing and implementing effective alcohol and drug policies can contribute to preventing and reducing social inequalities”, says Andriukaitis.

EU is facing increasing challenges in preventing alcohol abuse and excessive drinking. These include online and cross-border alcohol sales, alcohol marketing and advertising on social media, and the “tax war” with neighbouring countries.

“These challenges show the need to continue a strong coordinated Health in All Policies approach to further reduce alcohol-related harm. I can assure you that the EU will support Member States in their efforts also in the future”, notes Andriukaitis.

The NordAN international conference on substance abuse prevention takes place 11th – 12th October 2019 in Helsinki. The conference is organized by Nordic Alcohol and Drug policy Network NordAN and Finnish Association for Substance Abuse Prevention EHYT. The program and more information about the conference can be found at https://la8021.wixsite.com/nordan2019

Media contacts and interview request to the Commissioner

More information about the NordAN conference 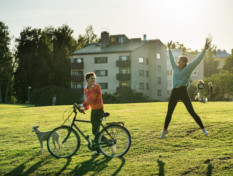 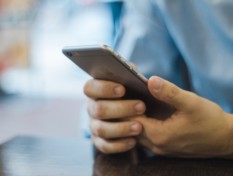